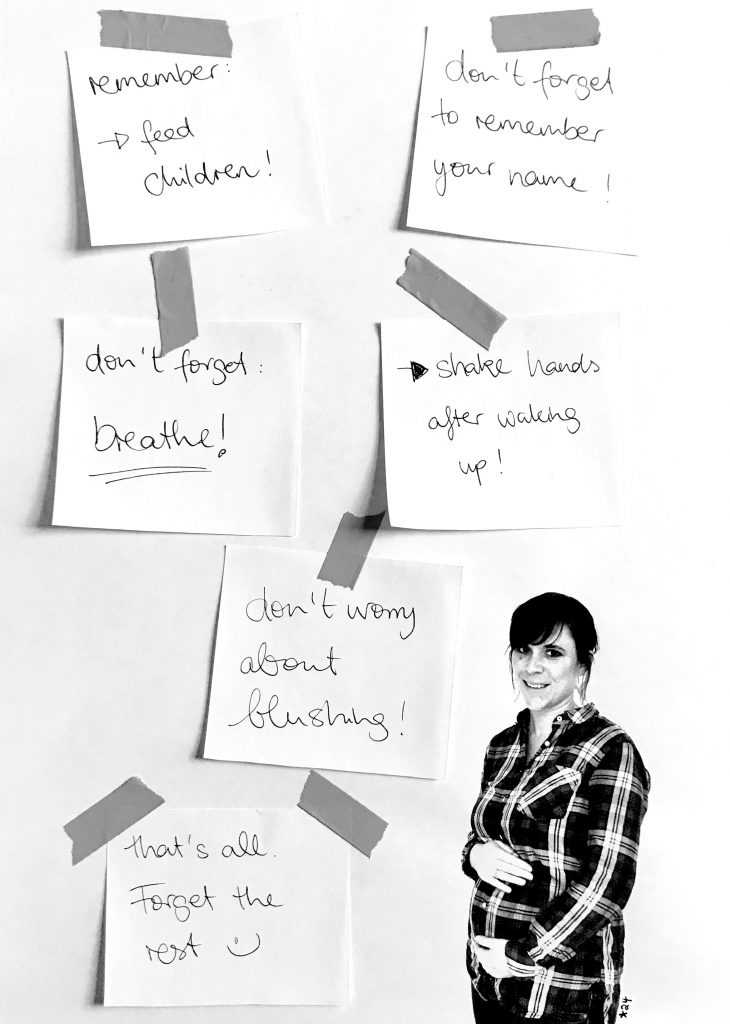 – I am so forgetful, it’s ridiculous.

– in fact, last time I had to -uhm, provide an urin example at my doctors office, I fondly remembered the time in my last pregnancy, when I happily went to the bathroom, returning with an empty cup. I had forgotten to use it. Reminiscing in those old times, I finished and started washing my hand, when I spottet the empty cup – while thinking about it, I had forgotten to pee into the cup, again!! 🤦‍♀️

– we preggo ladies might be forgetful, but we also have our superpowers – blushing is one and another one is being able to pee At. All. Times. So an empty cup? No problem. I just went again, no big deal. 😏

– speaking of blushing as a superpower, it’s really fun to watch the introduction round of a pregnancy Yoga class. 12 self-confident women, with big carriers, small kids and nothing to prove – and 9 blushed while saying their name.

– in the morning I often get pins and needles in my right hand. But when I woke up the other day, I was too sleepy to realise, that I don’t feel my hand. So I picked up my alarm clock, but could not hold it and dropped it right on my face. So graceful 🤦‍♀️

– what was the last one? I forgot.